Today I made my first Tofurky. I am often asked, "Do you eat Tofurky on Thanksgiving (Christmas, etc.)?". There is always a little bit of sarcasm in the person's voice when they ask me. Normally, I respond with a "no" then the questioner giggles or seems a little disappointed that they didn't meet a Tofurky eater.

Last week, I was at Whole Foods, Tofurky was on sale, and I bought one impulsively. Actually, I was quite excited. It seemed like a special meal for vegetarians to have during the holidays.

So Christmas Day was the day for my family's first Tofurky. I had Tofurky once before. One of my former co-workers in California brought one to work for Christmas. I remember thinking it was pretty good.

Not today. I will be honest in saying I don't like Tofurky. I am not one who is a fan of meat substitutes made to taste similar to meat. I had a hunch this may happen, but I wanted to go ahead and give Tofurky a try. The outside layer was meat-y to me. A little too chewy. Yuck. The stuffing on the inside was amazing. I would pay money for just the stuffing! So I ended up eating the stuffing, the carrots, potatoes, and onions I cooked with it. I also bought the Tofurky gravy (might as well go all the way, right??). I was not a fan of the gravy either. There was some seasoning that made me not want to eat it. I'm sorry Tofurky. I really tried.

My carnivore husband, on the other hand, liked it. He said it didn't taste like meat at all. He made a great point saying that Tofurky could never make me happy. He said if they make it too meat-y, I won't like it; and if it isn't close enough to the real thing, then it will taste fake. I think I will stick to making homemade lentil loaf and veggie loaf.

Since I had a lighter than expected Christmas lunch, come 3pm, I was ready for a snack. I had a major craving for peanut butter oatmeal.

I'm not a big hot cereal fan, but when the weather is cold, I eat it a little more frequently. This recipe is inspired by the blog Carrots 'N' Cake. She eats peanut butter-y oatmeal all the time. So even though sometimes I'm a hot cereal hater, I had to try it. She was right. So so good! 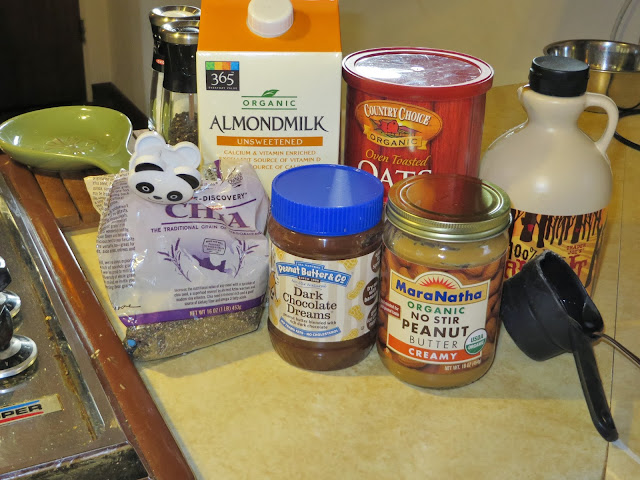 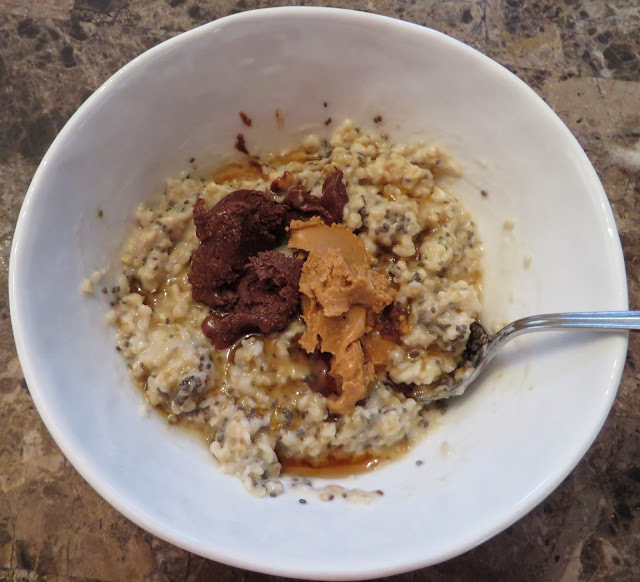 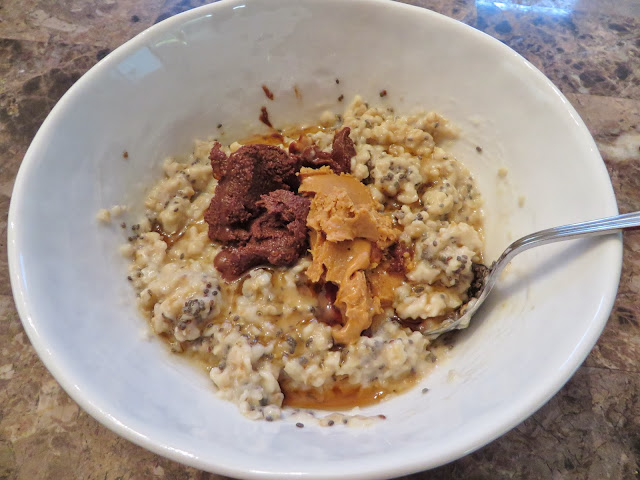 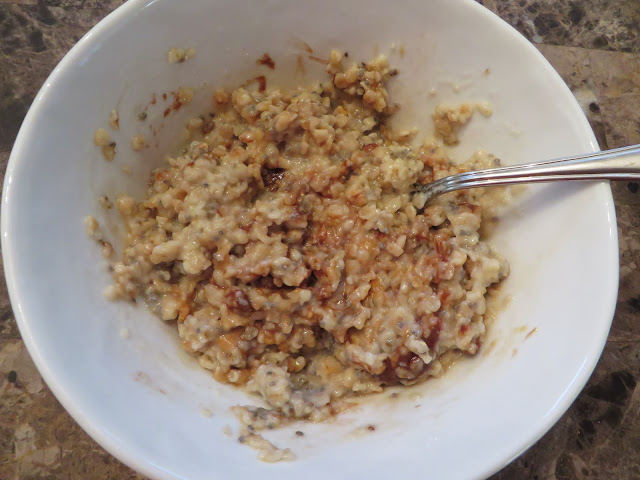 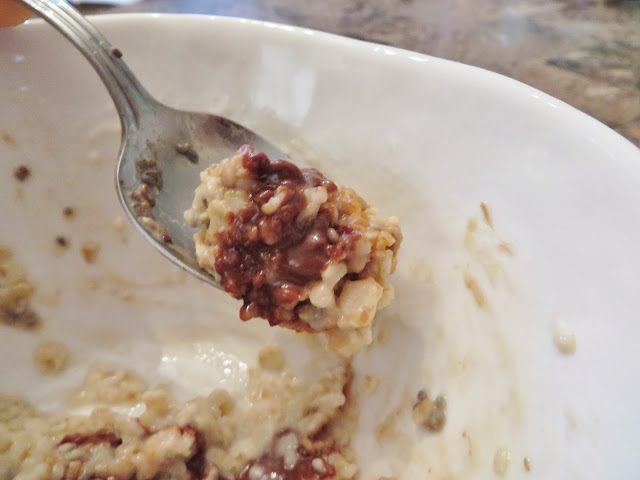 Add oats, salt, and almond milk to a saucepan. Stir to combine, then bring to a boil. Reduce heat to a simmer and simmer oats for 3-5 minutes or until most of the milk is absorbed/oats are tender. Transfer oats to a bowl and stir in chia seeds. Top oats with the two peanut butters and drizzle with maple syrup, if you like. You can mix it all together very well or just stir the oatmeal slightly. I prefer the latter, that way you get lots of big bites of melty peanut butter. Yum!

*cooking the oats and milk together the entire time creates a creamier oatmeal. Also, using milk instead of water ups the creaminess.

*This oatmeal is about 400 calories give or take. Unsweetened almond milk usually has 30-50 calories per cup. I think the taste you gain by using milk (not water) is worth those additional calories.

*Have you ever wondered what is up with all the different types of oatmeal?

Here is the breakdown:

http://wholegrainscouncil.org/whole-grains-101/types-of-oats
Posted by Rosey at 3:20 PM